Ask The Experts: The Good And The Bad Of Silent Social Media Moderates 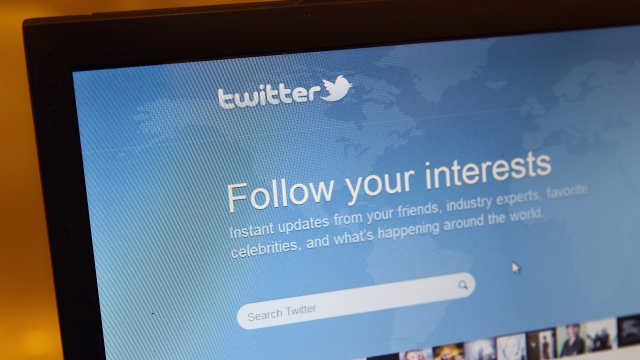 SMS
Ask The Experts: The Good And The Bad Of Silent Social Media Moderates
By Cliff Judy
By Cliff Judy
June 18, 2019
One researcher found politically moderate Twitter users acted differently than liberal or conservative users in 2016 — they disengaged.
SHOW TRANSCRIPT

"Kind of like most things, social media isn't good or bad for politics. ... It depends on how you use it," says University of Missouri assistant professor Mike Kearney.

"Did he just cross a line that might cost him crucial independent and moderate voters?" CNN's Jake Tapper said of another Democratic candidate, Pete Buttigieg.

"It's become harder and harder for moderate, reasonable voices to be heard," said former Democratic presidential candidate Hillary Clinton during the 2016 race.

Reasonable, crucial, all-important — whatever your description for them, moderate voters are supposed to be political pay dirt. If you can identify them, that is, and if you can get them to turn out to vote.

"What I was expecting was as the election got closer, everyone would follow more political accounts," says Kearney. "So the moderates might not follow as many, but they'd still follow some. And then the question I wanted to ask was: Are those decisions still systematically favoring one side or the other?"

University of Missouri journalism professor Mike Kearney tracked thousands of Twitter profiles during the 2016 election. He assumed moderates would ramp up their political follows during election season just like conservative and liberal users.

"What surprised me was that they weren't selecting anyone, let alone one side or the other, right?"

Kearney found moderates actually withdrew and followed fewer people during the election than partisan users. Other research has shown true political independents can be something of a misnomer.

Pew Research Center says more and more people have self-identified as independents over the last quarter century. But the biggest share still consider themselves moderates, leaning either Democrat or Republican. And the true independents? They only make up 7% of the population and often avoid politics.

"This phenomenon extends beyond Twitter as well," says Kearney. "And we can see these polarized discussions happen and we assume that everything that people talk about in the realm of politics is polarized. When really, maybe a good representation of politics might be a lot of people ignoring it."

There are two big takeaways here. On one hand, Kearney says this shows the divisiveness of social media doesn't exactly mirror real life. That part's nothing new.

But on the other hand, political moderates or people who don't use Twitter primarily to follow politics — in theory, the swing voters — became quieter, less engaged.

"I kind of lean in the we're-not-totally-sure and it's-probably-not-one-way," says Kearney. "I think what we'll find over the course of the next five years, 10 years, 20 years is that if social media has an effect on people in the sense of is it making people more polarized or is it bringing people and exposing them to more diverse viewpoints ... the truth will be that it varies from person to person."

"It's still the same political process. I still think it can be meaningful and it's important to participate and to engage."