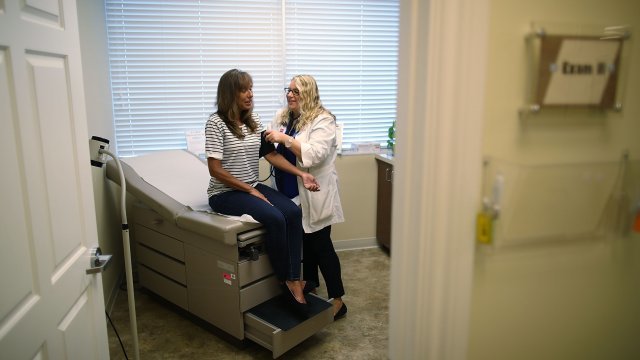 Sexual assault and harassment have long-term effects on women's physical health. That's according to a study published Wednesday in JAMA Internal Medicine.

The study selected over 300 nonsmoking women, aged 40 - 60 years old, to participate in research on menopause and cardiovascular disease. However, researchers found about 1 in 5 of the women surveyed reported being sexually assaulted or harassed in her past. Those women had higher rates of potential health issues.

The study found those who reported prior sexual assault, were three times more likely to experience depression, and two times more likely to have anxiety problems. Women who said they'd been harassed in the workplace had significantly elevated blood pressure levels, putting them at risk for stroke, aneurysms, kidney disease and heart attacks.

Both groups of women were twice as likely to have poor sleeping patterns linked to clinical insomnia.

Researchers weren't able to pinpoint a direct cause and effect relationship between sexual abuse and women's health. But, the study does help to provide objective measurable results, as few studies have linked sexual abuse and misconduct to potential health outcomes.

What's The Risk Of Staying In A Hotel?

Californians Now Required To Wear Face Masks While In Public