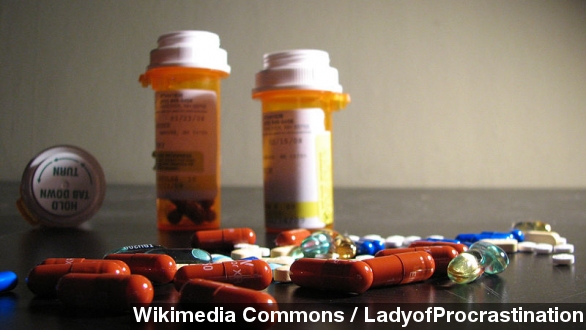 SMS
Study Says Vitamin D Doesn&#039;t Prevent Chronic Diseases
By Christina Honan
By Christina Honan
December 6, 2013
New research suggests low levels of vitamin D might be a consequence of some diseases, not a cause of them.
SHOW TRANSCRIPT

New research is casting doubt on whether low levels of vitamin D cause chronic diseases such as cancer or heart disease.

HealthDay News reports researchers reviewed 500 studies of varying kinds. In observational studies, which looked at what kinds of supplements people took, there was a link between vitamin D levels and better general health.

"In studies where vitamin D was given as an intervention (treatment) to help prevent a particular ailment, it had no effect. The one exception was a decreased death risk in older adults, particularly older women, who were given vitamin D supplements."

This contradicts other recent studies similar to this one reported by KXII:

"A new study shows a lack of vitamin D may damage your brain. ... Previous studies have linked low levels of vitamin D to conditions such as Alzheimer's disease, heart disease and the development of some cancers."

The latest studies indicate some researchers now believe low levels of the the "sunshine vitamin" is a consequence of such diseases, not a cause.

As Medical News Today points out, this casts strong doubt on the benefit of vitamin D supplements as a preventative measure against disease.

In fact, a New York Times blog notes that vitamin D has even failed to ease normal wintertime coughs and colds.

"​A randomized, placebo-controlled trial has found that vitamin D and calcium, whatever their other benefits may be, have no effect on upper respiratory tract infections."

Many reports still indicate vitamin D has medical benefits and plays a key role in bone health. But the key finding in this latest study suggests low levels of vitamin D should be thought of as a marker of declining health and not a cause of it.