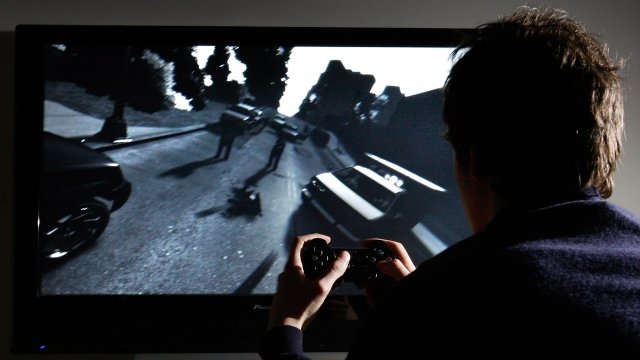 The National Bureau of Economic Research says video games might be taking young men out of the workforce — but many are skeptical of this claim.

Video games might be taking young men out of the workforce.

A recent study from the National Bureau of Economic Research found that on average, everyone in 2015 was working fewer hours than they did in 2000. But the decline was particularly noticeable in men between the ages of 21 and 30, who worked 203 hours less on average.

The study then raised the question of whether innovations in gaming were the reason for this decline.

The answer? It's pretty complicated.

The study notes that younger men — particularly unemployed younger men — were spending more of their leisure time playing video games in 2015 than they were in 2004. The drop in young men's working hours corresponded to an increase in total leisure time — and the researchers supposed gaming was responsible for 23 to 46 percent of that shift.

The researchers go further and hypothesize that young men can even develop an addiction to gaming.

And 30 old-school games will be coming with it.

But critics are skeptical of this research.

An expert told Quartz that the economic factors of the 2001 and 2008 recessions are more to blame for the fall in work hours, and while those work hours are steadily going back up, the workforce hasn't completely recovered yet.

Quartz also reports that between 2012 and 2015, the average nonemployed young man spent just under six hours a week gaming — and more than double that amount of time looking for jobs or educational opportunities.

Video games can reach a vastly broad audience. But deeply-rooted mechanics and stereotypes can still create a barrier to entry for some players.