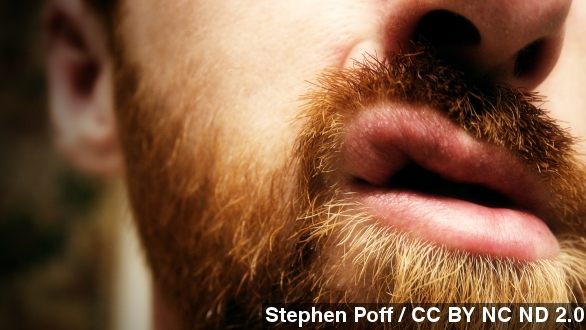 Sense of smell is important ... it attracts you to others, and, conversely, lets you know when you're not so attractive to others ...

But a new study says our sense of smell is even more important than that. If you're starting to lose this one of the five senses, you could be in serious trouble.

Researchers interviewed more than 3,000 adults ages 57-85 living in the United States. Their senses of smell were tested with five scents.

Rose, leather, orange, fish ... yuck and peppermint. Individuals were scored on their results, which were surprising ... or we wouldn't be bringing you this story.

Five years later, the researchers checked back in. Thirty-nine percent of participants who had failed the smell test had died. Only 10 percent of those with a good sniffer died within those five years.

Also ... a story on impending doom? It's been quick to make the media rounds — our favorite headline may be, "your nose knows death is imminent."

But we need to say, obviously losing your smell isn't the CAUSE of death, it's more like an early warning sign.

WREX: "They believe the decline in the ability to smell is an indicator of some other age-related degeneration and not the cause of the death."

"Well, hopefully not, no, you can't smell anything and then you die."

The study's lead author, from The University of Chicago, says:

"We think loss of the sense of smell is like the canary in the coal mine ... It doesn't directly cause death, but it's a harbinger, an early warning ... Our findings could provide a useful clinical test, a quick and inexpensive way to identify patients most at risk."

It's still unclear exactly how the loss of smell can indicate an early death, but researchers are considering "several hypotheses."