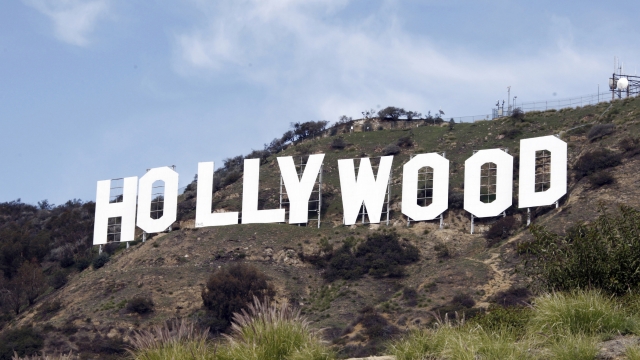 Ten billion dollars. A new report says that's how much money Hollywood is leaving on the table in annual revenue by not addressing racial inequities in the film and TV industry.

Ammanuel Zegeye, partner at McKinsey & Co.: "We actually think that number was in some ways conservative. … In the Black experience within film and media, people are kind of stifled at each step of the journey."

Through its research, consulting firm McKinsey & Co. said it discovered Black-led projects "have been consistently underfunded and undervalued."

When it comes to the box office, these films are often extremely profitable.

Despite this, Black talent is underrepresented both onscreen and off -- particularly in positions of creative control. According to the McKinsey study, less than 6% of writers, directors and producers working on films released from 2015 to 2019 were Black.

The report says that if a Black person does hold a senior position on a film set, then that person tends to feel a responsibility to create opportunities for other off-screen Black talent.

McKinsey also identified almost 40 hidden barriers that Black people in Hollywood regularly encounter throughout the process of getting a project made — including their pitches getting shelved, smaller production budgets, and stereotypes on what kinds of Black stories moviegoers want to see.

The men and women usually making those decisions are also disproportionately White. In fact, 92% of C-suite executives working in film are Caucasian, which is significantly less diverse than their counterparts in other sectors like energy, transport, finance and health care.

Zegeye: "I think the entertainment industry is a unique industry -- right? … There's interdependencies, there's complexity. There's the dominance of contract-based work right there, which creates positions of power."

We saw a glimpse of this earlier this year when the Golden Globes was criticized for overlooking multiple projects created by and starring Black talent. It turned out that not only did the nominating body -- the Hollywood Foreign Press Association -- not have one Black member in its ranks this year … but it hadn't had one in nearly two decades.

McKinsey has some ideas to help level the field. The report recommends studios ensure diverse representation, increase transparency and accountability, seek out and financially support a wide range of Black stories, and create an independent organization to promote diversity.

We've heard all these recommendations before. But researchers believe a concerted effort is what's needed to change things in Hollywood … which means listening to Black people in the industry when they speak up.

Zegeye: "Everyone we spoke to spoke on the condition of anonymity. And they didn't want to tell us just because of this backlash. They didn't want to come out publicly and say who they were. And so I think that culture has kind of created insider biases which have prevented in hiring, kind of mentorship and advancement in some cases."

I reached out to several industry groups to get their reactions to this report but did not get any response back.