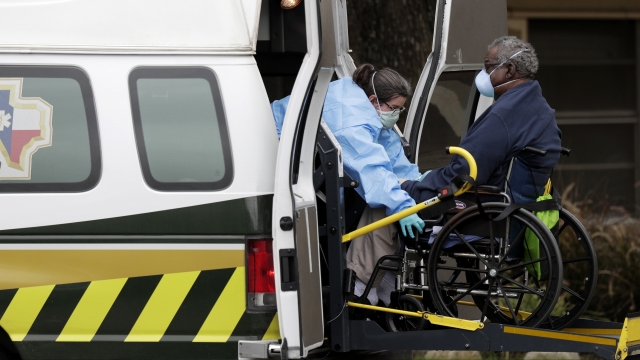 The COVID-19 pandemic is surging, with record new cases in Florida and hospitals in Texas working doggedly to save lives amid a dramatic influx of severely ill patients.

Both of those states share something else in common: a corresponding spike in the number of people without health insurance.

On Tuesday, a new study by the health care advocacy group Families USA said a record 5.4 million Americans lost their employer-provided medical insurance between February and May as unemployment exploded due to the COVID-19 pandemic.

Texas and Florida are among 13 U.S. states that have rejected a Medicaid expansion for their residents under the Affordable Care Act, or Obamacare. That has impacted people losing their jobs.

In the 37 states that had expanded Medicaid, 23 percent of unemployed workers became uninsured. But in the states that didn't expand Medicaid, the percentage of displaced workers losing employer-provided coverage was 43 percent.

As of Tuesday, Texas had more than 260,000 coronavirus cases and 3,200 fatalities. According to families USA, one out of three Texans — 4.9 million people — have no current health insurance. That number increased by 700,000 between February and May.

In this video accompanying its study, Families USA said people lacking insurance are far less likely to seek medical care for symptoms that may be early signs of the coronavirus. The group advocates for universal coverage.

“Comprehensive health insurance is essential for protecting all of us from the pandemic. People coming down with COVID-19 often don’t know their diagnosis. Fourteen percent of adults say they would be deterred by costs from seeking care if they have a fever or a bad cough. Those are the early symptoms of COVID."

Florida, which Sunday set a U.S. record for single-day infections, has had more than 291,000 total cases and 4,500 deaths, a worrisome trend for emergency medical physicians.

"There has been record breaking numbers on a day to day basis, we actually have the highest number of cases, almost fifteen thousand three hundred cases in just a single day. These are obviously pretty alarming for the health care community as we're starting to see pressures on our systems," said Dr. Rajiv Bahl, an Orlando emergency physician.

Another source of pressure comes from this. Families USA says one-in-four Floridians are now without any health insurance.