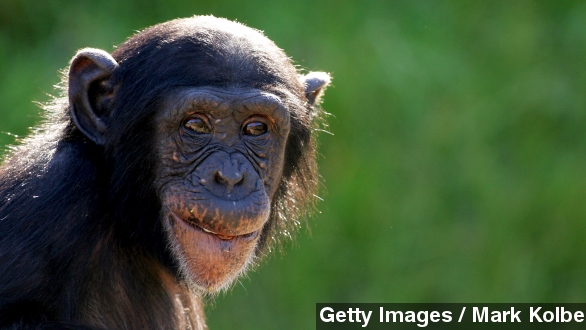 By Lauren Zima
October 3, 2014
A new study says AIDS originated through a "perfect storm" of factors, turning on its head the idea that it spread because the virus adapted.
SHOW TRANSCRIPT

The origins of AIDS discovered? While AIDS came to prominence in the 1980s, a new study published Friday says it was actually around decades before, in the 1920s.

In what an international team of scientists are calling a "perfect storm" for spreading the virus, they think its proliferation started in the city of Kinshasa, the capital of what is now the Democratic Republic of Congo.

That "storm" took place over about 30 years. Between the 1920s and 1950s, the city saw massive growth. Railways developed, millions of people traveled through and with more male laborers than female citizens, a sex trade emerged.

Plus, medical practices were less sanitary. The disease spread largely unnoticed by most of the globe.

And these researchers say African independence in 1960 led to infected people bringing the disease to other areas of the world. The team looked at more than 800 HIV samples, and basically built a massive family tree.

The virus is believed to have originated and mutated from chimpanzees and at some point jumped from an ape to a human in the early 20th century. It's unconfirmed as to how...

The Guardian says it was possibly transmitted in Cameroon, then made its way to Kinshasa.

And it's believed the virus actually made the jump from apes to humans on multiple occasions.

As Sky News notes, tens of thousands of people were infected in Cameroon at one point. It was just one jump that created a pandemic.

And what other researchers are finding interesting here is that this study suggests it was more social change and development than the virus' ability to adapt that caused the spread, which was previously thought.

And that's why one professor told the BBC he expects the study to spark "lively debate."

Indeed, there are already criticisms: a professor of the history of medicine told HealthDay he's questioning the records the study's authors used, because for much of that time Africa was under European control. "Colonial records are well-known by historians and anthropologists to be biased," he said.

And with the spread of Ebola making headlines worldwide, the information comes at an interesting time.

The president of the EcoHealth Alliance told National Geographic as countries develop in transport and agriculture, healthcare must develop too. "If we want to stop isolated viral spillover events from becoming pandemics in the future, this is the sort of research we need."

The study was published in the journal Science.