Study Ranks Rwanda At No. 6 For Gender Equality 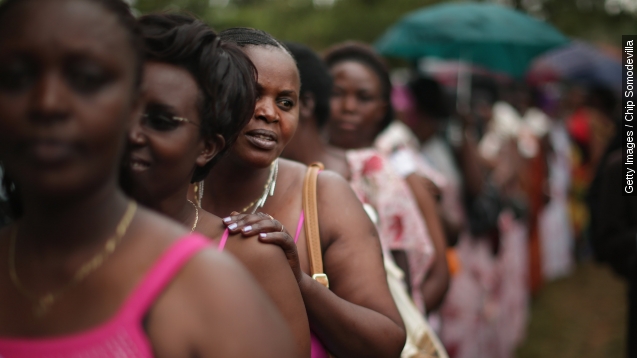 SMS
Study Ranks Rwanda At No. 6 For Gender Equality
By Melissa Prax
By Melissa Prax
November 21, 2015
The country joined a handful of Nordic nations in the top 10 of the World Economic Forum’s 2015 Global Gender Gap report. The U.S. fell to No. 28.
SHOW TRANSCRIPT

It's probably no surprise that the top 10 countries in the world with the least gender gap include a handful of Nordic nations, Switzerland and generally developed countries. But ranked No. 6 in opportunities for women according to the World Economic Forum — the central African nation of Rwanda. (Video via Rwanda Development Board)

Rwanda did the best in political and economic categories, ranking seventh and 14th. But it's still lacking in the education and health categories diving down to 112th and 91st, respectively.

And in terms of political opportunities, Rwanda's women outnumber the men serving in Parliament. It's probably most shocking because of Rwanda's recovery from a genocide just two decades back. (Video via KTN Kenya)

And while some of these stats are exciting for gender equality, the WEF does caution that no country has achieved full gender equality. (Video via Elite Daily)