Study: A Third Of Deployed Service Member Injuries Not Battle-Related 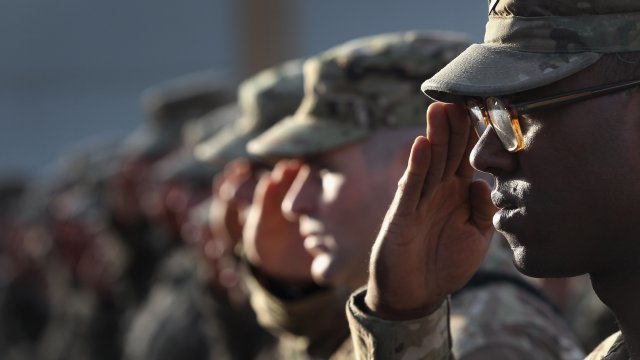 SMS
Study: A Third Of Deployed Service Member Injuries Not Battle-Related
By Gabrielle Ware
By Gabrielle Ware
May 30, 2018
The study found falls, equipment mishaps and vehicle crashes were among the most common nonbattle injuries.
SHOW TRANSCRIPT

Research published Wednesday says about one-third of injuries among U.S. service members deployed to Iraq and Afghanistan between 2003 and 2014 didn't happen in battle.

The analysis cited falls as the cause of most nonbattle injuries. Other common causes included equipment mishaps and vehicle crashes.

The analysis said, "Understanding the possible causes of [nonbattle injuries] during military operations may be useful to target protective measures and safety interventions." It doesn't, however, detail how the injuries are occurring.

The research states that possible causes and trends have yet to be "comprehensively described." Sixty-six percent of nonbattle injuries occurred in members of the Air Force.