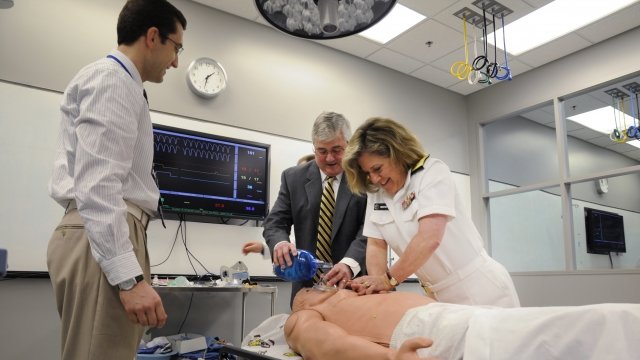 SMS
Singing 'Macarena' Could Help You Perform CPR
By Lindsey Theis
By Lindsey Theis
June 1, 2018
A new study from the University of Barcelona suggests the quality of chest compressions during CPR improves when you sing "Macarena."
SHOW TRANSCRIPT

Missy Elliot. Hanson. Wilson Phillips. This isn't a Flashback Friday playlist — they're CPR aides, and a catchy '90s tune is now being added to the list — "Macarena."

"Just having music out there to help as a memory aid is really important," said Lana Gent of the American Heart Association.

When done correctly, performing CPR until a person can get to a hospital can double or even triple their chance of surviving cardiac arrest. And to do it correctly, the American Heart Association says people need to deliver about 100 2-inch deep compressions per minute to the victim.

Cue the music. Research shows people are more likely to hit a rate of 100 to 120 compressions per minute if they're trained to the beat of a familiar song. The AHA has long recommended the Bee Gees' 1977 hit "Stayin' Alive," which clocks in at 103 beats per minute. 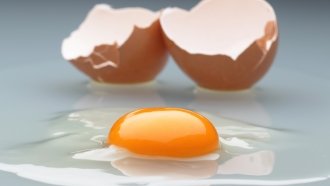 "Macarena" is also 103 BPMs. In the new "Macarena" study, researchers split medical students into three CPR practice groups. They told one group to just try to hit 100 compressions per minute. Another got help from a metronome smartphone app, and a final group was told to think about "Macarena" while delivering compressions. They found the metronome and "Macarena" groups hit the target range of 100 to 120 BPM significantly more than the control group.

The AHA told Newsy it's open to adding "Macarena" to a list of CPR songs. It updates the list once a year and says the more variety of songs, the better.

"What we did discover was younger audiences were not so into disco or know some of those songs," Gent said.

The AHA still keeps "Stayin' Alive" high on its CPR songs list. The staff maintains different downloadable Spotify playlists. New York Presbyterian hospital has made one, too. On it, 40 tracks including songs from artists like Justin Timberlake, Beyoncé, Fall Out Boy and even Lynyrd Skynyrd. All come in between 98 and 104 beats per minute.