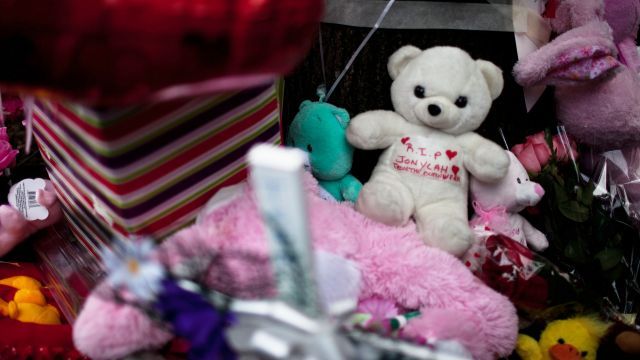 Federal researchers have found close to 1,300 children are killed by guns each year.

Federal researchers have released their most comprehensive report yet on gun violence and children. Gunshot wounds are the third-leading cause of death among those under 17.

The study found guns killed an average of 1,300 children per year from 2012 to 2014. And firearms wounded another 5,700 each year during the same time period.

The researchers say boys, teenagers and black children have the greatest chances of being victims.

For older children, the risk is often connected to gang activity. Younger children are more likely to be killed as bystanders.

More than a third of firearm deaths among children were cases of suicide. The researchers are pushing for programs to help minors manage emotions and solve problems at school and within relationships.

Is The Gun Background Check System Flawed? We Take A Look

Congress approved more than $1 billion to help states improve their records communication systems to get more data into the NICS.

The researchers say firearms are a serious public health problem for children in the U.S., and their results "underscore the need for scientifically sound solutions."