Study Suggests Hydroxychloroquine Has No Benefits In COVID-19 Cases 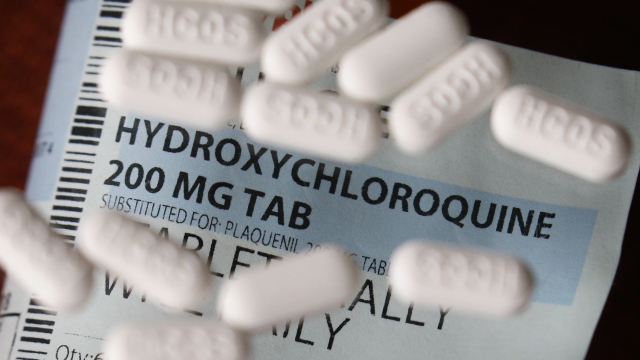 A new study suggests hydroxychloroquine, which President Donald Trump has endorsed as a potential treatment for COVID-19, does not benefit coronavirus patients who received it. In fact, researchers say patients who were given the drug died more often than those who were not.

The National Institutes of Health and the University of Virginia paid for the observational study in which researchers analyzed the outcomes for 368 male COVID-19 patients. They were all treated at Veterans Health Administration medical centers and either died or were discharged by April 11.

President Trump has promoted hydroxychloroquine and its combined use with azithromycin on several occasions, including on Twitter and during coronavirus task force briefings.

But Dr. Anthony Fauci, who's on the task force, has pushed back on hydroxychloroquine being a COVID-19 cure-all and said more studies need to be done. The CDC recently removed online dosage guidance on the drug — it now says it's "under investigation in clinical trials."

Researchers in this study echoed those sentiments and said, "These findings highlight the importance of awaiting the results of ongoing prospective, randomized, controlled studies before widespread adoption of these drugs."

Additional reporting by Marilynn Marchione of the Associated Press.