Wild Elephants Might Only Need 2 Hours Of Sleep A Night 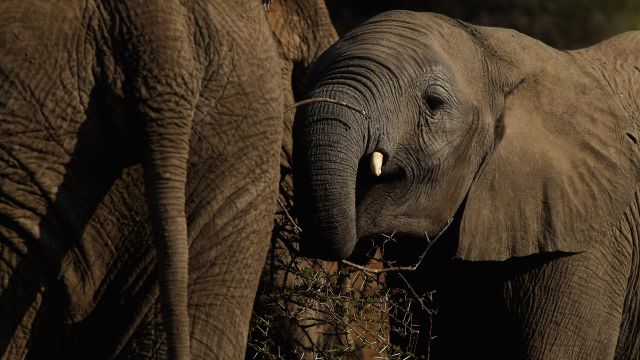 SMS
Wild Elephants Might Only Need 2 Hours Of Sleep A Night
By Lindsay Gloor
By Lindsay Gloor
March 3, 2017
A team of scientists in South Africa tracked two wild elephants for 35 days.
SHOW TRANSCRIPT

It seems wild elephants don't need a full eight hours of sleep every night to maintain one of the longest memories in the animal kingdom.

According to one team of scientists in South Africa, wild elephants sleep an average of just two hours a night — that's less than any other animal on record.

That's surprising because elephants are known for their incredible memories. And studies have shown that sleep and memory are connected.

The scientists used a tool similar to a Fitbit to track the elephants' movement. They attached the devices to the animals' trunks, which are almost constantly in motion. When an elephant's trunk was still for more than five minutes, the team determined the mammal was asleep.

The team also found the pair of wild African elephants it tested slept in bursts. They slept both lying down and standing up. And sometimes, they didn't sleep at all. 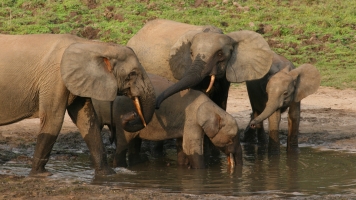 Sleep experts are taking the study into account, but others say it's possible wild elephants have evolved to thrive with little or no sleep. The enormous mammals are busy eating 17 to 18 hours each day.

In spite of the small sample size — just two female elephants — the scientists are confident the results represent most wild elephants. But more research needs to be done to confirm the study's accuracy.