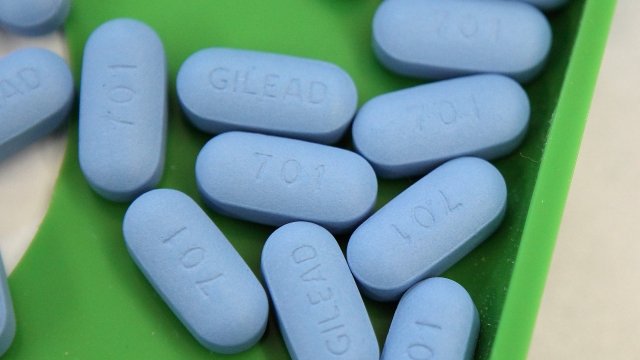 By Andrea Gonzales
October 18, 2018
Researchers were able to decrease new HIV cases by 25 percent in one year when they distributed PrEP to men at high risk of contracting the virus.
SHOW TRANSCRIPT

A preventive HIV drug could help significantly reduce the rate of new cases when distributed widely. In an Australian study published by The Lancet, researchers were able to decrease new HIV cases by 25 percent in one year when they used a "rapid, targeted, and high-coverage roll-out" of the drug known as PrEP.

Researchers found that when they gave PrEP to gay men in New South Wales who were at high risk of contracting the infection, diagnoses dropped from 295 in 2016 to 221 the following year.

The lead author of the study believes when the pill is widely distributed and taken every day, it's able to act "in a similar way to a vaccine," according to CNN.

The drug is available in several countries, including the U.S. But it can be difficult for people to access because of its high cost.