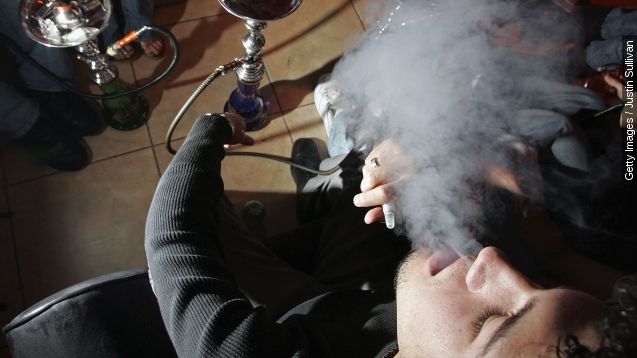 A word of caution to hookah lovers: One smoking session delivers 25 times more tar than a cigarette.

Researchers at the University of Pittsburgh did a mathematical analysis combining 17 past studies.

Compared to one cigarette, a hookah session lends 125 times the smoke, 2.5 times the nicotine and 10 times as much carbon monoxide.

The researchers noted it's hard to say which is really worse, since people smoke the two in different ways.

Hookah is more likely to be shared than a cigarette, and a frequent smoker may go through 20 cigarettes a day but only a couple of hookah sessions.

Last year, though, the Centers for Disease Control and Prevention reported for the first time more teenagers smoked hookah than cigarettes.

The only smoking product used more than hookah by teens was electronic cigarettes.

The researchers said they hope their study dispels the idea that hookah is a safe alternative.