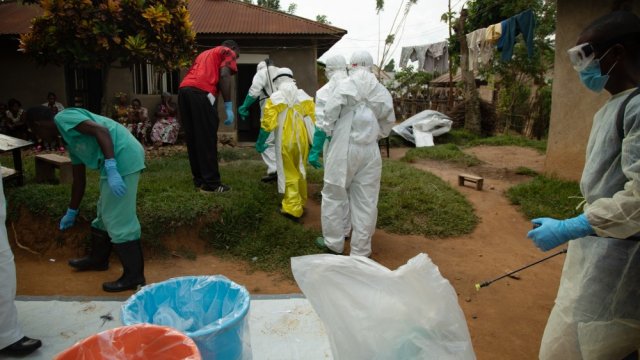 According to a new study published Tuesday, an antiviral drug and an antibody treatment both inhibited the growth of the so-called Ituri strain.

Researchers say two experimental Ebola drugs have been proven to be effective against the strain of the virus that's left hundreds of people dead in the Democratic Republic of Congo.

According to a new study published Tuesday, an antiviral drug and an antibody treatment both inhibited the growth of the so-called Ituri strain in lab tests. The drugs were developed based on strains from previous Ebola outbreaks.

The microbiologist who led the research told CNN: "They're currently being tested in a clinical trial, but we needed to verify and make sure that they were going to be as effective."

As of Monday, 1,641 people have died since Congo's Ebola outbreak began in July 2018,  according to the World Health Organization.

The International Federation of Red Cross and Red Crescent recently said aid groups in the Congo need to "reset" their response to the outbreak to address fears and mistrust in the community in order to better fight the disease.