Ibuprofen May Not Be The Safest Treatment For Chronic Pain 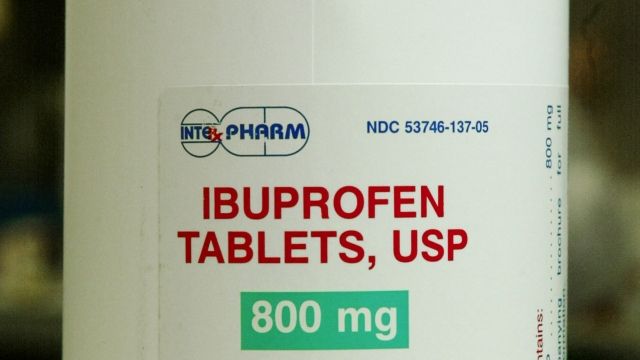 The drug found in Celebrex may be safer than more common anti-inflammatory medications.

Ibuprofen may not be the safest medication to treat chronic pain.

That doesn't necessarily mean ibuprofen medications like Advil are unsafe, but a new study found celecoxib — marketed as Celebrex — may have fewer risks than other anti-inflammatory drugs.

Thousands of patients with chronic pain were put on doses of celecoxib, ibuprofen or naproxen (the drug found in Aleve) for roughly two years.

Participants in the study were taking these drugs to treat conditions like osteoarthritis and rheumatoid arthritis.

Many doctors have been prescribing ibuprofen or naproxen first because celecoxib and similar drugs were believed to cause heart problems.

But in the study, celecoxib did not cause more heart attacks, strokes or deaths compared to ibuprofen, and it actually showed a lower risk for kidney problems.

The study's lead author said, "In almost every measure, ibuprofen looks worse, naproxen is intermediate and celecoxib is the best."

Before you switch away from ibuprofen, though, here are a couple things to keep in mind.

SEE MORE: For Rats (And Humans) Ticklish Is A State Of Mind

Those who were studied already had heart problems to begin with. And the study looked at prescription doses of the drugs, which are higher than what you'd take over the counter.

Plus, the study didn't evaluate celecoxib's effectiveness at treating chronic pain –– researchers were just looking at whether taking the drug came with added health risks.

Insurance companies often cover ibuprofen and naproxen, though, because previous studies have shown they're effective treatments.

Critics have noted a high number of participants dropped out during the study, but the researchers note all three drugs had about the same proportion of people dropping out.