Hurricane Maria Death Toll May Be Much Higher Than Government's Count 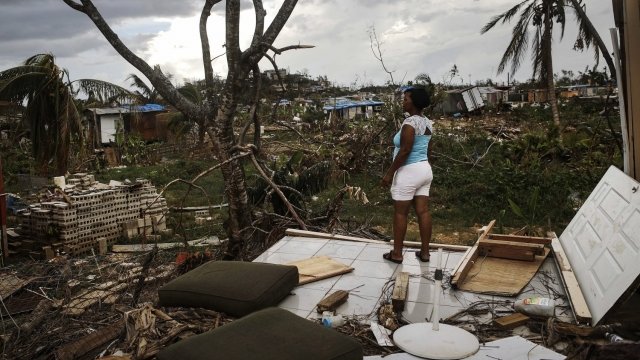 Another study suggests the death toll in Puerto Rico following Hurricane Maria was much higher than the government's official count, which is currently 64.

The study published in the Journal of the American Medical Association estimates that anywhere from 1,006 to 1,272 people died in Puerto Rico because of the storm. Researchers arrived at this estimate by comparing the number of deaths during the months after the hurricane hit to those in previous years.

The Puerto Rican government hired George Washington University to review the number of lives lost due to the 2017 storm. The university's initial report is expected to be released this summer.