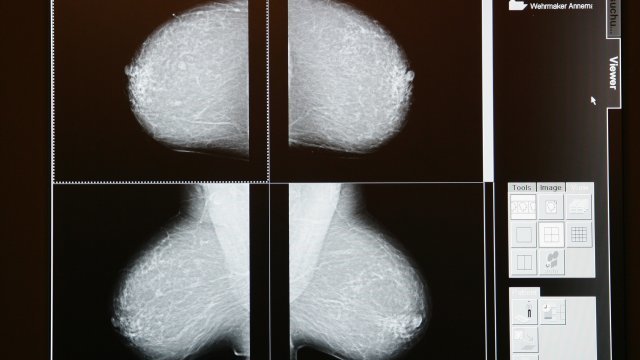 A global study found 72 previously unknown gene mutations that could predispose a woman to breast cancer.

When it comes to breast cancer, the best-known genetic risk factors are the BRCA gene mutations. But they're far from the only ones.

And some of those new gene variants are common: while some are carried by only 1 in 100 women, others are carried in more than half of all women.

The findings are important in assessing a woman's risk of breast cancer, which is made up of both genetic and environmental factors.

"These findings add significantly to our understanding of the inherited basis of breast cancer. As well as identifying new genetic variants, we have also confirmed many that we had previously suspected. There are some clear patterns in the genetic variants that should help us understand why some women are predisposed to breast cancer, and which genes and mechanisms are involved," professor Doug Easton, one of the study's lead investigators, said.

Experts say predicting genetic risk factors can ultimately improve early detection and prevention of the disease for both the general population and those with BRCA mutations. The group with the greater risk, for example, may benefit from undergoing more intense screenings at a younger age.

A new study shows a drop in breast cancer deaths over decades, suggesting treatment options and screenings are improving.

It's also helping scientists understand why some women are more likely to develop breast cancer than others.

According to the American Cancer Society, women in the U.S. have a 1 in 8 chance of developing breast cancer. It's the second leading cause of cancer deaths in women.