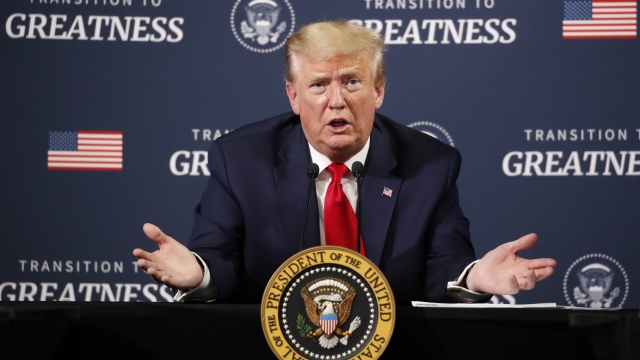 SMS
Study: Earlier U.S. Lockdown Measures Could Have Saved 36,000 Lives
By Ahmed Jawadi
By Ahmed Jawadi
May 21, 2020
Researchers say if restrictions had been imposed a week before March 15, 55% of U.S. coronavirus deaths could have been avoided.
SHOW TRANSCRIPT

A new study estimates tens of thousands of coronavirus-related deaths in the U.S. could have been prevented if social distancing measures were implemented just one week earlier.

Using infectious-disease modeling, researchers at Columbia University found that if social restrictions were put in place a week before March 15 — which is when many people nationwide began staying home —  more than 60% of reported infections and 55% of reported deaths could have been avoided as of May 3. That equals more than 700,000 cases and nearly 36,000 deaths. On top of that, researchers found that if measures were imposed two weeks earlier, 960,000 cases and nearly 54,000 deaths could've been prevented.

When asked about the study, President Donald Trump defended his administration's response, saying he took action "earlier than anybody thought."

"I put a ban on people coming in from China. Everybody fought me on that. They didn't want it," President Trump said. "Columbia is an institution that's very liberal. I think it's just a political hit job, if you want to know the truth."

Editor's note: A previous version of this story had incorrect numbers for the percentage of infections and deaths. You are reading the updated version.