Study: COVID-19 May Cause Changes In The Brain 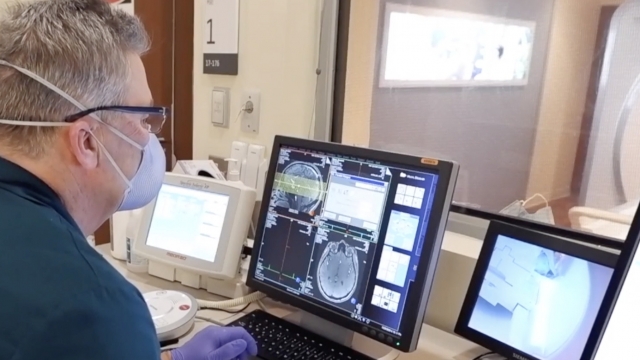 Samantha Lewis has been a patient at the Neuro COVID-19 Clinic at Northwestern Memorial Hospital for almost a year.

"The processing speed was one of the biggest things that was impacting everything overall," she said.

Two new studies are providing answers to what happens in the brains of COVID patients like her, finding COVID could damage the brain's grey matter and tissues, impacting processing, memory and emotions.

Researchers from Oxford have published findings in Nature Magazine that compared hundreds of subjects age 51-81, about half who never contracted COVID and half who did. Researchers scanned their brains, and gave them simple memory tests. COVID patients' brain scans showed they had lost the equivalent of three years' gray matter in about four months time. Some losses were found in areas of the brain associated with smell.

In the memory test, COVID patients took longer to finish.

And in a study published in Neurology, scientists at Northwestern discovered nerve cell damage and biomarkers in COVID patients were elevated similar to other brain diseases.

In a press conference, they linked brain inflammation with long-haul patients experiencing anxiety.

"Finding evidence like this, you know, empirical evidence that shows that there is likely to be a biological basis of these kinds of symptoms, I think is very validating and important for these patients," researcher Dr. Barbara Hanson said.

There's still more questions to be answered, though. Neither study determined if the brain damage was permanent. Some grey matter damage was found in areas of the brain not associated with smell at all.

As for Lewis, reminders from her smart speaker and post it notes are helping her with her daily routine. She says the findings of both studies give her hope and assurance.

"All I hope is that we can get more and more effective treatment for some of these debilitating symptoms," she said. "That's so important for myself, and others, that are still having those crappy days."