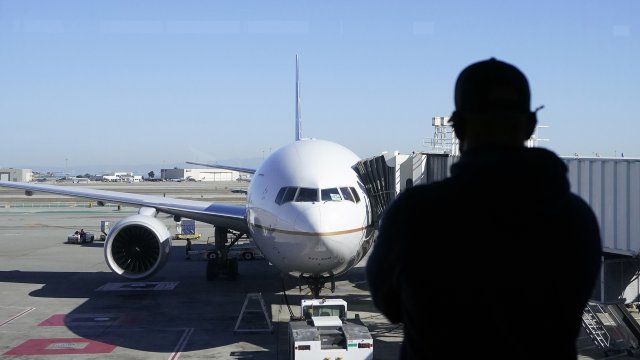 SMS
Study Says COVID-19 Spread On Airplanes Is 'Virtually Nonexistent'
By Briana Koeneman
By Briana Koeneman
October 16, 2020
The study found there's a 0.003 percent chance that particles from one masked passenger can make it to another.
SHOW TRANSCRIPT

Attention, all passengers — a new study says the risk of being exposed to the coronavirus on an airplane is "virtually nonexistent." That is, as long as everyone is wearing a mask.

The Defense Department study was conducted in partnership with United Airlines. It found there's a 0.003% chance that particles from one masked passenger can make it to another — even if the person is sitting right next to them.

That's thanks to the modern ventilation systems on board most aircrafts, which filter the air efficiently and remove any particles that could spread viruses.

Still, there's a lot experts don't know about coronavirus spreading on planes. There have been multiple cases of suspected transmission during flights.

Researchers specifically looked at Boeing 767 and 777 planes for the study. It was released before being peer-reviewed.