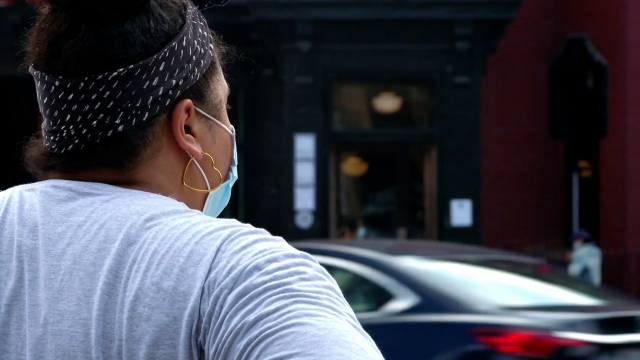 New data shows Americans may not be as lonely as we thought from COVID-19-related isolation.

An American Psychological Association study found there was not a large increase in loneliness in the early months of social distancing efforts to contain the coronavirus outbreak.

Researcher Martina Luchetti told Newsy those surveyed said they had increased support from others, which helped limit increases in loneliness.

Even people living alone and with at least one chronic condition who reported feeling lonelier at their baseline said they didn't feel more lonely as stay at home orders were issued across the country.

"We felt that everyone was experiencing the same thing. And so feeling together in these things would have, like, may increase ... a responsibility to act to or reach out to others,... even neighbors, maybe, like, for grocery shopping or other way to stay close," Luchetti said.

Loneliness isn't something doctors diagnose as a mental health condition like anxiety, which does seem to be growing.

"A third of Americans are feeling sort of at least some sort of additional anxiety or stress or some other sort of negative factor on their mental or emotional well-being in the last couple of months," Chris Jackson, IPSOS' senior vice president and head of public polling practice, said. "We actually asked people if they'd sought counseling, either virtually over the phone, in an app or in person since the pandemic began; 13% said yes."