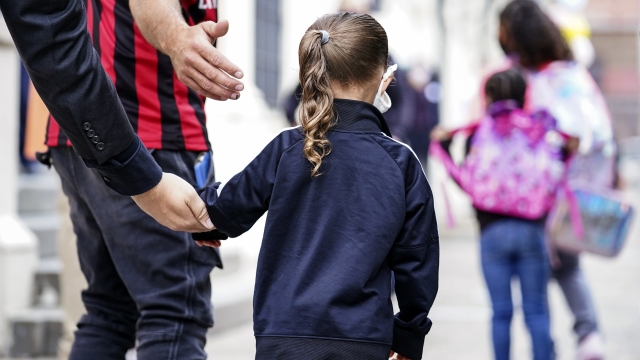 A new study says the number of coronavirus cases among children in the U.S. has grown substantially over the past five months.

The American Academy of Pediatrics and the Children's Hospital Association says kids made up about two percent of U.S. COVID-19 cases in April. Now, children account for 10 percent.

Health officials say cases also surged in different areas of the country at different times. Child cases were higher along the Northeast in April, then higher in the South and West during May and June... and finally peaked in the Midwest during mid-July.

Officials say parents should focus more on preventative measures for their children this year.

The pediatrics academy said, "We encourage parents to call their pediatricians and get their children into the office for well visits and vaccinations, especially now that some schools are reopening and flu season has arrived."

Children don't usually get as sick from the virus as adults, but there have been cases of serious illness and death. Experts say the recent surge appears fueled by school reopenings and the resumption of sports and playdates.