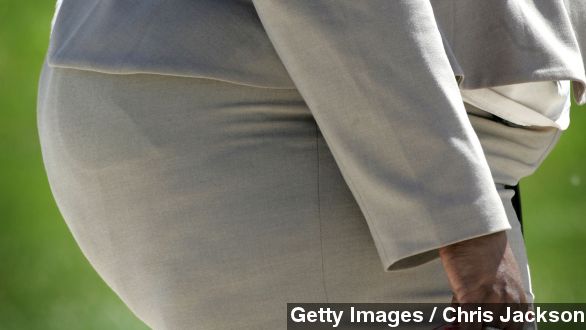 For weight watchers, it's a widely held belief that losing weight fast just means you'll gain it right back. Because of that, a more gradual plan is believed to be better. Well, researchers at the University of Melbourne looked into that, and it turns out, slower doesn't necessarily mean better.

Their research, published by the medical journal The Lancet on Thursday, found folks who lose weight rapidly and gradually both gained back the same amount of weight in the end.

How'd they find that out? First they split 200 obese participants into two different weight loss groups, one rapid and one gradual. The gradual participants simply reduced their calorie intake by 500 for 36 weeks while the rapid dieters ate only between 450 and 800 calories a day for 12 weeks.

More of the rapid dieters ended up losing the targeted amount of weight than the gradual dieters. And in the end, 71 percent of both groups regained the weight they had lost over three years.

It's notable that the diet rapid weight loss participants were on is considered dangerous for some people and requires a doctor's approval.

DOCTOR TARA NARULA VIA CBS: "There are definitely risks that come with that. With these very low calorie diets you know you can induce skin changes, hair thinning, cold intolerance, electrolyte imbalances like potassium and magnesium, fatigue. So it can be dangerous."

Even so, the study's lead author told the University of Melbourne that the study highlighted the need for new official guidelines on how to lose weight.

And The Guardian spoke to a health professional at the University of Oxford who said the findings mean doctors can more often suggest very low calorie diets in cases a patient needs to lose weight quickly.

Authors of the study told Fairfax Media's The Age they believe their work helps reinforce the idea that obesity is not caused by lifestyle but is instead a genetic disorder.

Speaking with Health Day, a health professor at the Icahn School of Medicine says while the study was sound, it may not take into account how people think, adding: "Ultimately, the answer lies not in a particular type of diet, but in making lifelong healthy adjustments to eating habits."

According to the World Health Organization, more than 1.4 billion adults were considered overweight in 2008 with 500 million of them being obese.