Study: As Many As 90 Percent Of Cancer Cases Are Caused By Lifestyle 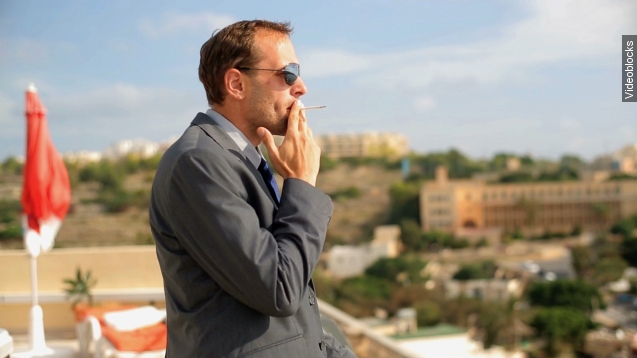 According to a new study, cancer risk may have more to do with lifestyle, not genetics, for as many as 90 percent of cases.

Most researchers agree cancer is likely caused by the body's stem cells dividing at uncontrollable rates.

A study published in the journal Science back in January appeared to show two-thirds of cancer types were victims of bad luck, or chance mutations.

Yet a new study, which included some of the same data as the January study, argues only as much as 30 percent of cancers fall under the so-called "bad luck hypothesis."

Instead, the main causes were found to be extrinsic. Causes include diet, alcohol and cigarette use, sunburns, viruses, pollution and more –– including some factors that haven't been identified yet.

The director of the university that conducted the study told the BBC if intrinsic risk is like Russian roulette, "... then maybe one in six will get cancer. ... Now, what a smoker does is add two or three more bullets to that revolver. And now, they pull the trigger."

The researchers noted in their paper at least nine other studies have shown evidence against the "bad luck hypothesis," but they say theirs is the first to quantitatively appraise the relative contribution of extrinsic factors.

The finding could significantly alter how cancer is both treated and prevented.

But some say the overwhelming weight of extrinsic factors could cause a lot of fear. (Video via CNN)

"Are we in fear of what we eat? Do we step out the front door? ... Where do we draw the line?" a butcher told CNN in response to a World Health Organization report that processed meats can cause cancer.

The latest study was published in the journal Nature.