Study Finds Most Americans Unfamiliar With Signs Of Early Alzheimer's 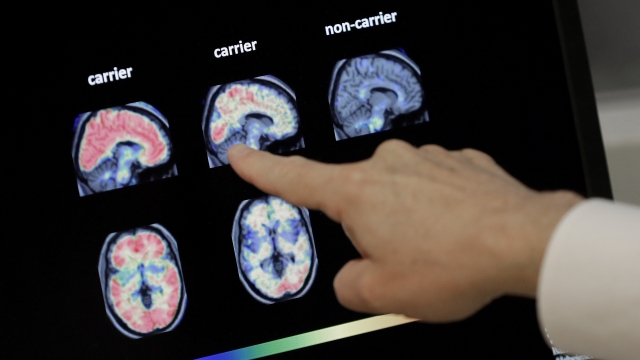 SMS
Study Finds Most Americans Unfamiliar With Signs Of Early Alzheimer's
By Lindsey Theis
By Lindsey Theis
March 18, 2022
The report also talked about the cost of waiting too long for a diagnosis, projecting it will nationally cost $321 billion to care for people.

Mild cognitive impairment can seem pretty subtle, and a lot of people think it just goes away and is part of aging. It's different. This big takeaway from the Alzheimer's Association here is giving people the signs to look for. Whether that is caregivers, the individual themselves, and their families.

A new Alzheimer's Association report shows roughly 1 in 7 adults over 60 have mild cognitive impairment, a sign that could be an early detection of dementia.

"Each year studies suggests about 10 to 15% of those who have MCI will develop dementia. So those those are concerning statistics," said Morgan Daven, Vice president for Health Systems, Alzheimer's Association.

Some mild cognitive impairment symptoms are very subtle and can get missed. Like forgetting people's names, forgetting that you've said something already, forgetting a story, forgetting words.

"The most important thing, though, is if someone has a concern about their memory or they're thinking for themselves or for a loved one, we really urge them to talk with a doctor," said Daven.

That's tricky too. The report found half of primary care providers surveyed were not comfortable diagnosing mild cognitive impairment. And about 30 percent of patients who didn't want to divulge those symptoms were worried they'd get a wrong diagnosis.

"It's important not only to identify if someone has MCI, but to identify what is causing it. There are many possible causes, and some of those causes are treatable. For example, depression, the side effects of some medications or even sleep apnea," Daven said.

There is only one known type of specific MCI related to changes in the brain due to Alzheimer's.

Medically it gets identified by a spinal fluid test or pet scan. And for those who identify it early, the report says, could be eligible for drugs in clinical trials.

The FDA has approved one drug for Alzheimer's: Biogen's Aduhelm, also known as Aducanumab.

It's controversial for its high cost and side effects. In February we spoke with neurologist Andrew Budson about the treatment.

"I would not recommend or prescribe this medication. And the reason is that side effects were very common. Approximately 30 percent of individuals had brain swelling," said Dr. Andrew Budson.

The Alzheimer's Association is not endorsing the drug, and the American Academy of Neurology says more research needs to be done before they do either. Adding to the list of items for patients, or their caregivers and family, to discuss with their doctor.

The report also talked about the cost of waiting too long as well, projecting it will nationally cost $321 billion to care for people living with Alzheimer's and other dementias. In 2050, it's expected to rise to nearly $1 trillion.