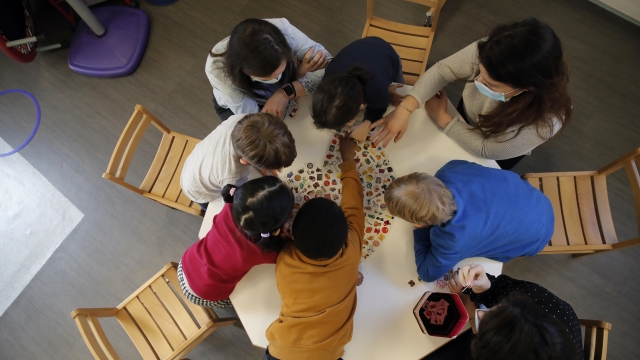 SMS
Study Finds 50% Of Children Have Lead In Their Blood
By Newsy Staff
By Newsy Staff
October 22, 2021
Young children are at greatest risk for lead poisoning because they spend a lot of time on the floor where lead sources are likely to be found.
SHOW TRANSCRIPT

There's no such thing as a safe level of lead in the human body, but researchers found more than half of children in the U.S. have the toxic metal in their blood.

A study published by the American Medical Association tested over a million children under the age of six, living in all 50 states.

More than half of the children had detectable blood lead levels. But the odds were significantly higher for children living in homes built before the 1950's and those living in poverty. Children living in predominantly Black neighborhoods also had higher odds of having lead in their blood.

Lead poisoning is one of the most common and preventable pediatric health problems in the United States today.

A small dose of lead that would have little effect on an adult can have a significant effect on a child. Very high levels of lead can cause seizures, coma and death. At lower levels of exposure, a child can suffer learning disabilities and behavioral problems.

Young children are at greatest risk for lead poisoning because they spend a lot of time on the floor where lead sources are likely to be found. They also may chew on painted windowsills, railings and furniture.