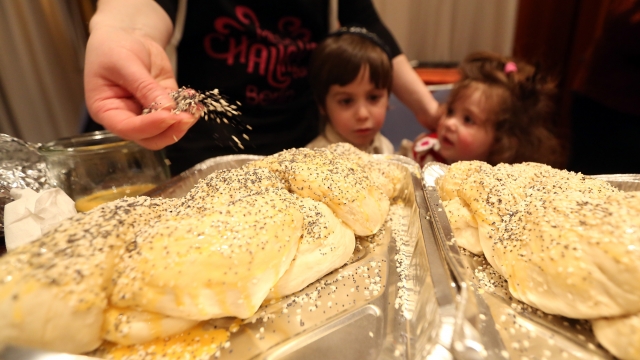 SMS
Study Estimates 17% Of Food-Allergic Kids Also Have Sesame Allergy
By Ahmed Jawadi
By Ahmed Jawadi
November 5, 2019
​According to a new National Institutes of Health study, an estimated 17% of kids with other food allergies are also allergic to sesame.
SHOW TRANSCRIPT

Researchers at the National Institutes of Health have found that sesame allergy is common among children with other food allergies.

According to a study published last week in the journal Pediatric Allergy and Immunology, an estimated 17% of kids with other food allergies are also allergic to sesame. Researchers say they developed a model to predict the probability of a sesame allergy in children by measuring the amount of a certain antibody in their blood.

Sesame is one of the most common food allergies, and recent studies estimate that more than 1 million Americans have that allergy. Allergic reactions can vary from mild symptoms like hives to severe symptoms like whole-body anaphylaxis. Sesame is not one of the allergens that manufacturers are legally required to disclose on food labels — like peanuts, wheat and milk — but the FDA is considering adding sesame to the list amid growing concern.