Study: More Than 1 Million People Will Die From Opioids In This Decade 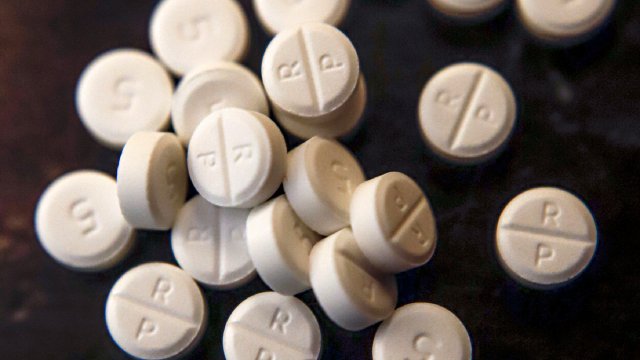 SMS
Study: More Than 1 Million People Will Die From Opioids In This Decade
By Maritsa Georgiou
By Maritsa Georgiou
February 2, 2022
Researchers are calling for better regulation, industry reform and new methods of managing pain after projecting high overdose numbers.

Stories of opioid addiction are all too common in many communities across the country.

"He had his wisdom teeth out, and that was his first exposure to pain medication," father Robert Brandt said.

"There was no warning or 'Be careful about this,'" Brandt said. "It was just 'Here's your prescription.'"

An alarming new study published in The Lancet projects 1.2 million more could die of overdoses by the end of this decade. That rate of death would surpass the worst of the HIV / AIDS epidemic.

"It really is almost incomprehensible how extensive the epidemic is," said Ellen Snelling, with the Hillsborough County, Florida, anti-drug campaign.

The study, led by researchers at Stanford University, traces the origins of the crisis to the 1990s, when the pharmaceutical industry pushed powerful opioids without much resistance from the government or health care providers.

"Their jobs were to monitor the information and control the flow of those medications," Brandt said. "That was their job, that was the law, and they chose not to do that. People up and down the supply chain made conscious decisions to do this for profit and people died."

The reality got worse as illegal drugs became more widespread — drugs like heroin and fentanyl, which is so powerful even a single pill can kill.

"If you were to picture just two granules of salt or sugar or picture the tip of a pencil, that's a sufficient dose to kill somebody," said David Olesky, assistant special agent in charge with the Drug Enforcement Administration.

The DEA is now cracking down, or at least it's trying.

People are dying from fentanyl overdoses, sometimes without even realizing they're taking it.

"The public is thinking that they're getting an oxycodone pill, hydrocodone pill or even an Adderall pill, but what these pills are, they look exactly the same as you would get in a pharmacy. However, they've been produced in a laboratory, in a garage in Mexico," Olesky said.

All of this contributed to make 2020 the deadliest year on record for opioid deaths, with more than 76,000 across the U.S. and Canada.

The Stanford researchers found the COVID pandemic contributed by limiting access to opioid addiction services and overwhelming health care systems, plus adding stressors like unemployment and loss of loved ones.

Those researchers are now calling for better regulation, industry reform and new methods of managing pain.