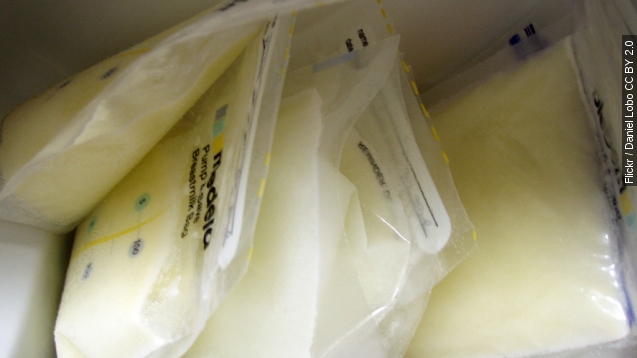 Breastfeeding can help reduce the risk of an aggressive type of breast cancer and also cut diabetes risk, according to two new studies.

Researchers found that mothers who breastfeed reduce their risk of a particularly aggressive type of breast cancer by 20 percent.

The cancer — hormone receptor negative tumors — is most common in African-Americans and young women.

Dr. Marisa Weiss, the senior author of the study, put it in layman's terms: "The breast gland is immature and unable to do its job — which is to make milk — until it goes through ... a full-term pregnancy."  Breastfeeding causes changes in milk duct cells to occur, making the breast more resistant to cancer.

In addition to helping prevent cancer, another study says breastfeeding helps kick women's metabolism back into high gear and may help prevent diabetes long-term for women who had gestational diabetes. (Video via Aleph Pictures / "Breastmilk")

Dr. Eleanor Bimla Schwarz told the New York Times breastfeeding is a win-win for mothers and babies. And it's something women can be proactive about when it comes to eradicating breast cancer. Schwarz said "near-universal" breastfeeding could help eliminate almost 5,000 breast cancer diagnoses a year.