Thousands Of Students To Protest On National School Walkout Day 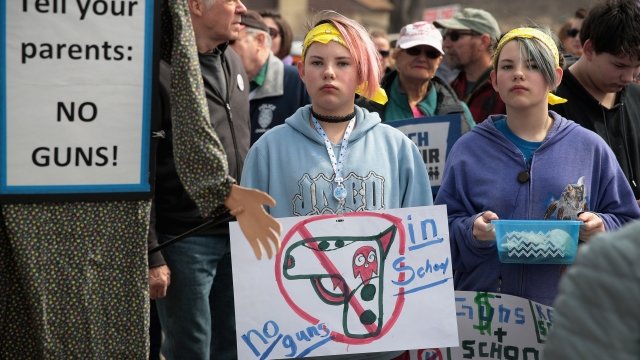 At 10 a.m. in each time zone, thousands of students from more than 2,000 schools across the country will walk out of class in protest, they say, of lawmakers inability to take action to prevent gun violence.

The all-day protest and movement has three specific goals. These include holding elected officials accountable, promoting solutions to gun violence and engaging students in the political process.

This is also the latest of several protests against mass gun violence. Organizers of this all-day walkout say the issue needs constant attention if anything is ever going to change, so they say having multiple events on multiple days is a productive way to try to do that.