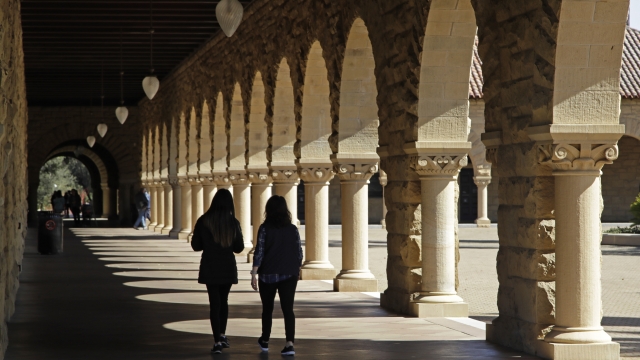 SMS
Students Sue Colleges Over COVID-19 Cutbacks
By Amy Morona
By Amy Morona
April 21, 2020
Many institutions have offered at least partial refunds of room and board costs, but colleges have been less likely to extend tuition reimbursements.
SHOW TRANSCRIPT

But since the coronavirus pandemic has caused the engineering major’s classes and those of his peers nationwide to move online, he can’t quite do that right now.

So he’s suing his school, alleging in court documents that in-person offerings aren’t replicated in the virtual classes he’s currently attending. The class action lawsuit points to a 2017 study by The Brookings Institution that found students learned worse in online classes versus in-person instruction.

Church is now seeking a partial tuition refund to represent “the difference in value of a half semester of live, in-person instruction versus a half semester of online distance learning.” But some experts say these types of suits could face an uphill battle in court.

“It is impractical to expect the institution to be able to offer the services for which the students have paid when the students can’t be on campus," said Kerry Brian Melear, a professor of higher education and affiliate faculty at The University of Mississippi's law school. "They’re arguing that they’re not receiving the on-campus experience that they expected, but who could have expected this?”

Many institutions have offered at least partial refunds of room and board costs, including at Purdue, which extended a $750 credit to students.

But colleges have been less likely to offer up reimbursements on tuition. It’s a funding bucket schools rely on -- some estimates say institutions earn at least 30 percent of their income from those payments.

At Purdue, tuition clocks in at roughly $10,000 for Indiana residents and nearly triple that amount for out-of-state students. That amount includes fees, which can cover extra course-specific costs or other campus services. Church is also seeking to get those refunded.

But there’s already a precedent for those costs being defended in the courts.

“There was a Supreme Court case in 2000, where the court said it is okay and perfectly acceptable for a university to charge fees to students in the interest of the academic community to promote certain services, even if not all students utilize it," said Joy Blanchard, associate professor of higher education at Louisiana State University. "For example, all students at my university pay a small fee for the health center or the rec center, and so even though a student isn’t using that service right now, it’s still a common good.”

In a statement, representatives from Purdue called "baseless," adding that it has "no chance of ultimate success.”

Similar lawsuits have recently been lodged against other institutions, including Pennsylvania's Drexel University and The University of Miami.