Students Debate Guns And School Safety At The White House 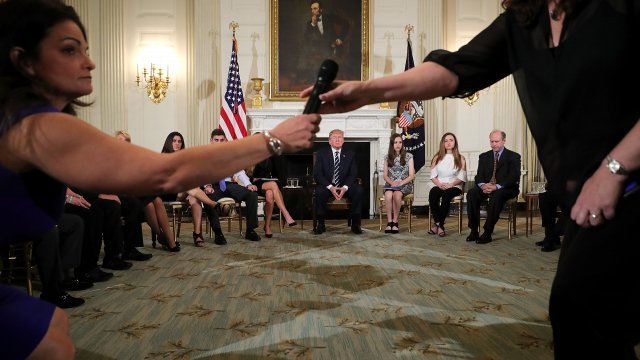 As the president met with shooting survivors and families inside the White House, students protested outside its gates.

Students from the Washington, D.C., area spent their afternoon protesting the National Rifle Association and what they say is a lack of gun control laws in America. They say they don't feel safe going to school and won't until new laws are passed.

Inside, the president met with survivors and families of victims from Marjory Stoneman Douglas High School, Columbine, Sandy Hook and others. They discussed arming teachers, putting police officers in schools and raising mental health standards in the U.S.