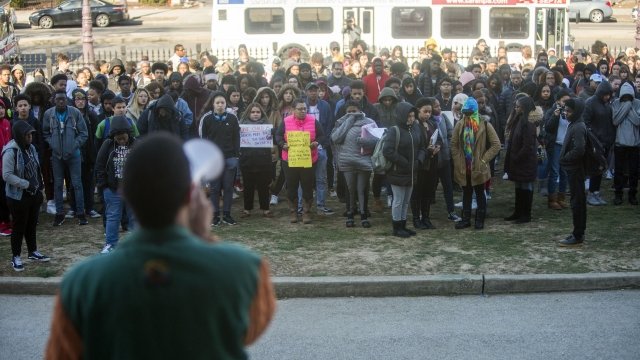 SMS
Students In Other Countries Walk Out Of School In Solidarity With US
By Lindsey Pulse
By Lindsey Pulse
March 14, 2018
CNN reports students at schools in Tanzania, Iceland, the U.K. and Israel participated in the National School Walkout.
SHOW TRANSCRIPT

Students around the globe showed solidarity with their counterparts in the U.S. on Wednesday by walking out of classes to protest gun violence.

CNN reports students and teachers at schools in Tanzania, Iceland, the U.K. and Israel participated in the National School Walkout. Those who took part said they were inspired by the movement and hope it sparks change.

The protests come one month after the deadly school shooting in Parkland, Florida, that left 17 people dead.

Media company Viacom, which owns networks like MTV, Nickelodeon, BET and Comedy Central, also honored the Parkland victims on Wednesday by going off air for 17 minutes at 10 a.m. local time.