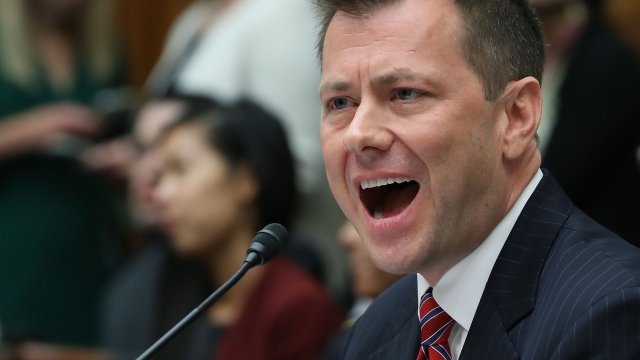 FBI agent Peter Strzok testified before two House committees Thursday morning. And things got heated as soon as the first question was asked.

Several lawmakers sided with Strzok when he refused to answer a question about the Russia investigation. When the House Judiciary Committee Chairman ordered Strzok to answer, those lawmakers loudly voiced their opposition.

House Oversight Chairman Trey Gowdy had wanted to know how many witnesses were interviewed in the first days of the FBI's investigation into Russian collusion during the 2016 election.

Strzok said he was instructed not to answer questions about the ongoing investigation, which sparked a lengthy argument among the committee members.

Strzok was being questioned over a series of anti-Trump text messages he sent during the election. Critics say those messages show political bias from a key figure in the Russia investigation.