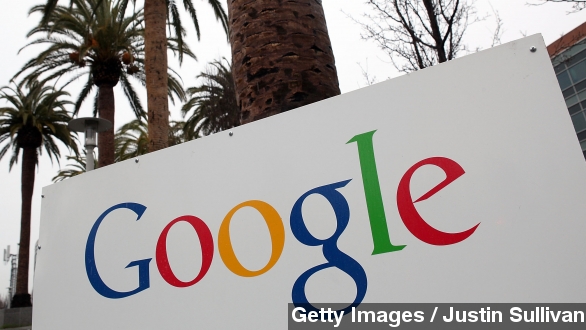 SMS
Struggling Google Wallet Finds New Life With Softcard Deal
By Ben Lawson
By Ben Lawson
February 23, 2015
Google has secured a deal with three big wireless carriers to have Wallet pre-installed on Android phones, but this could mean the end of Softcard.
SHOW TRANSCRIPT

Google has just secured a deal that puts Google Wallet back in the mobile payments battle.

In a blog post Monday, Google announced it was partnering with AT&T, Verizon and T-Mobile to have Google Wallet come pre-installed on their Android phones.

The rumor that something like this was in the works emerged last week, but it seemed unlikely because those three carriers already had their own mobile payments system, Softcard.

But this new deal involves Google buying some of Softcard's technology, which sounds like a bad sign for the service.

Softcard has had a rough go lately. It was originally named Isis but had to rebrand to avoid an unfortunate association, and it suffered from a lack of credit card support and a clunky user experience.

The company says it will still continue business operations as normal, but it's hard not to look at Softcard as all but dead in the water.

Google execs are likely breathing a huge sigh of relief over this deal. The company has struggled to get Wallet to take off since its launch in 2011.

Further adding to the stress, Samsung acquired mobile payments company LoopPay. Samsung is one of the biggest cellphone manufacturers in the U.S. and the single biggest seller of Google's mobile operating system, Android.

It's unclear how this Google deal will affect LoopPay on Samsung phones. The South Korean company likely won't be too pleased if wireless carriers try to force a competitor onto its products.

So far Apple has been the only company to make real progress in the electronic payments industry, but this move could put Google back at the forefront of the competition.