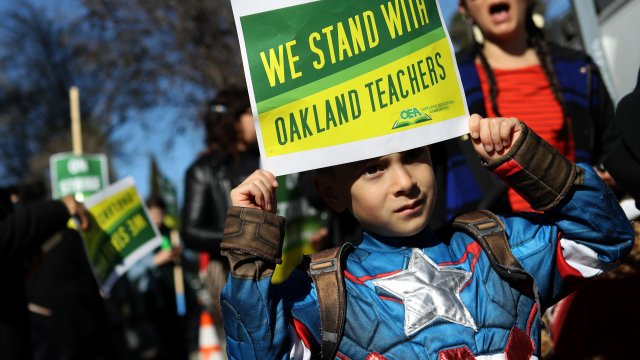 The president of the Oakland Education Association said teachers' current salaries aren't even enough for them to live in the Oakland area. The association is asking for a 12 percent salary increase over three years. Teachers also want smaller class sizes and more school counselors and nurses.

There's a problem, though: The school district says it's already strapped and making over $20 million in cutbacks. It initially offered teachers 5 percent raises over three years, but raised that to 7 percent, including a 1.5 percent bonus, over four years. The teachers' union has rejected both offers.

Teachers in Los Angeles, Denver, Chicago and West Virginia have also gone on strike this year.