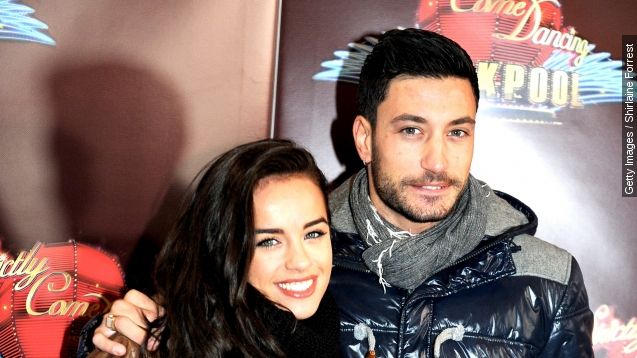 It seems as there may be a love triangle between Georgia May Foote and Giovanni Pernice — partners on "Strictly Come Dancing" — and Foote's boyfriend... or possibly her ex-boyfriend?

One onlooker told the outlet,"It was a real surprise to see how much they were behaving like a couple. They were kissing in full view of lots of people."

Foote did post an Instagram picture of herself at the amusement park — but the photo didn't include Pernice or boyfriend Sean Ward.

Both Foote and Pernice deny holding hands or kissing at the park, and Pernice used the "she's not my type" argument to prove they're not together. But, it's not like they've never been intimate in public before.