Stress Is Not Only Terrible, But It Also Makes You Ugly 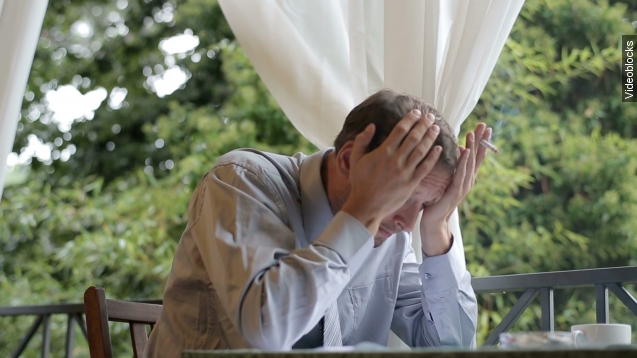 On a scale of 1 to 10, how stressed out would you say you are on a typical day? Is it enough to make you want to snap?

If it's anything like that, a study says it's making you ugly, too. Great. Something else to stress about.

A behavioral ecologist found people weren't as attractive when they were wiggin' out, and it's all thanks to cortisol.

Cortisol is a stress-manager hormone that tries to calm your body down.

"Does it ever seem like life is out of control?" a man says in the "Click" trailer.

But elevated cortisol levels can really do a number on your body. It can suppress your immune system, make you gain weight and raise your blood pressure.

"We found that the faces of men and women who had high levels of cortisol in their saliva were rated as less attractive. ... Although we haven't yet identified specific cues to stress in the face, it seems to come down to simply how 'healthy' someone looks," Daily Mail quoted her.

So apparently, in this study, people noticed when someone didn't look healthy — and the unhealthy-looking people also happened to have higher levels of cortisol.

Metro focused on another aspect of the research — that men who appear less stressed are more attractive to women.

But the catch is — the attractiveness only held up if both testosterone and cortisol levels were either "both high or both low."

Moore says those who are attracted to men who can handle stress might mean those dudes have good genes — genes that could be passed on to children.