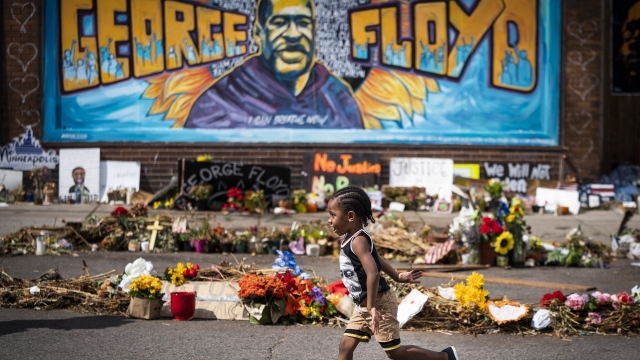 SMS
The Street Where George Floyd Was Killed Will Be Renamed For Him
By Antoinette Miller
By Antoinette Miller
September 20, 2020
A stretch of Minneapolis' Chicago Avenue will be renamed George Perry Floyd Jr. Place to honor Floyd, who was killed by police on May 25.
SHOW TRANSCRIPT

A stretch of the Minneapolis street where George Floyd was killed will be named in his honor.

The street, which is now called Chicago Avenue, will have two blocks renamed as George Perry Floyd Jr. Place. The area includes the location where Floyd was killed when Officer Derek Chauvin pressed his knee into Floyd's neck for about eight minutes on May 25.

The intersection where Floyd took his last breaths has been barricaded and left as a memorial. Since his death, the world has witnessed months of protests against systemic racism and police brutality.

The four officers charged in Floyd's death are Derek Chauvin, J. Alexander Kueng, Thomas Lane and Tou Thao. They are currently awaiting trial to begin in March of next year.