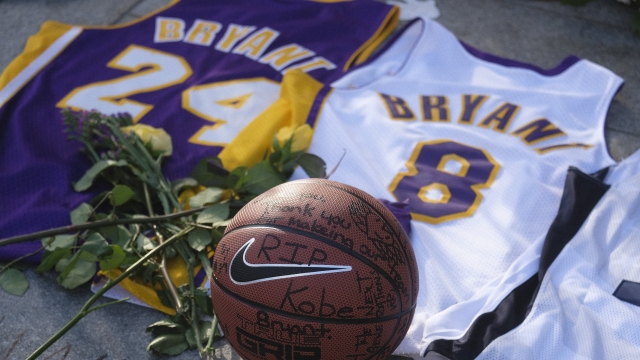 A popular Los Angeles street is getting a name change.

The nearly 3-mile long portion of a road that leads to the outside of the Staples Center will change to Kobe Bryant Boulevard.

Bryant played for the Lakers for his entire 20-year career.

He, his daughter Gia and seven others died in a helicopter crash in January.

The announcement came Monday on what L.A. now honors as "Kobe Bryant Day." The date, August 24th, merges both of Bryant's jersey numbers — 8 and 24.