Streaming Media Might Be Popular, But Broadcast Isn't Doomed 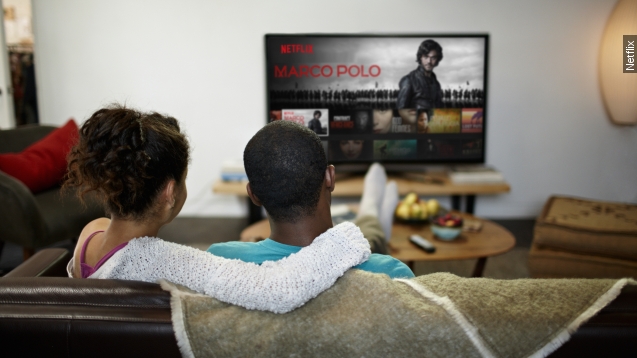 While it's true streaming media has become quite popular, it doesn't mean broadcast television is doomed.

It's no secret that streaming services like Netflix and HBO NOW have had a meteoric rise, but, despite some predictions, that might not mean the downfall of traditional broadcast television.

To be fair, it's easy to see where TV's dark forecast came from. Last week, an analyst firm predicted, within a year, Netflix will have a larger 24-hour audience than any of the big four TV networks.

And since its launch in April, analyst firm App Annie reports HBO NOW has managed to keep itself placed in the top 10 of the App Store's highest-grossing app charts.

So there is definitely a lot of interest in video streaming, but broadcast's foothold might be a bit understated.

For instance, a Nielsen exec told the Financial Review that there is some disparity between how digital and broadcast content is measured.

Typically on digital platforms, a program's "total views" are counted, which are how many times a video is played, instead of total audience numbers like in broadcast.

Meaning one person on a serious "House of Cards" binge can push up Netflix's numbers, while broadcast tries to track how many people are actually tuning in.

That said, ratings from traditional TV networks have fallen some in recent years, and much of that is blamed on services like Amazon Prime and Netflix.

But some networks have found a footing with live events, most notably sports. The recent NBA finals, for instance, had their highest ratings since 1998 and averaged 19.3 million viewers over the six game series.

And the big TV networks have kept an ironclad grip on their rights for sports events. Sling TV is the only streamer with sports programming thanks to a deal with ESPN.

There's also the fact that even though Netflix has 57.4 million subscribers, it has yet to turn a profit.

Some people close to the hip-hop scene say this move will help decriminalize artistic expression and hopefully deemphasize lyrics about crime.

Women in film are still struggling to find jobs in the film industry, specifically in animation.