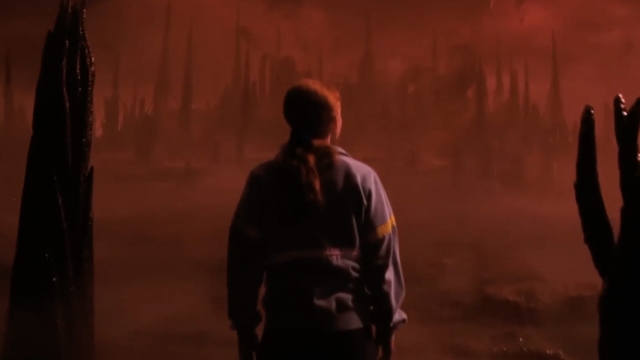 In Netflix's battle to keep subscribers, "Stranger Things" is a fortress.

The fourth season finale of the hit retro sci-fi thriller debuted last week, and it quickly became the platform's most popular English-language original series ever — garnering more than one billion hours of views in less than a month.

Created by brothers Matt and Ross Duffer, "Stranger Things" is about a group of friends in the fictional town of Hawkins, Indiana fighting mysterious monsters in "the upside down."

The show captures the vibes of every classic horror, sci-fi and coming of age adventure flick from the '80s. The series is so influential that featured songs from the decade, like Kate Bush's "Running Up That Hill," skyrocketed back to the top of the Billboard charts almost four decades after they were originally released.

Bush made more than $2 million in royalties after the new season came out, and that's just a fraction of the show's value.

In 2017, Ted Sarandos, Netflix's chief content officer and co-CEO, said, "shows like 'Stranger Things' — when it becomes a big cultural phenomenon — we'd like to be able to control those brands as we continue to invest in them."

A recent survey from analysts at Cowen & Co. found more than half of the respondents with existing Netflix subscriptions planned to watch the show, and 13% of former subscribers planned to re-subscribe just to watch the new episodes.

As "Stranger Things" wrapped up its record-breaking fourth season this month, Netflix and the Duffer brothers are already setting the stage for its series finale.

It may be a goodbye to the kids of Hawkins, but it'll likely also be the beginning of the larger universe, with plans for future spinoffs already in development.