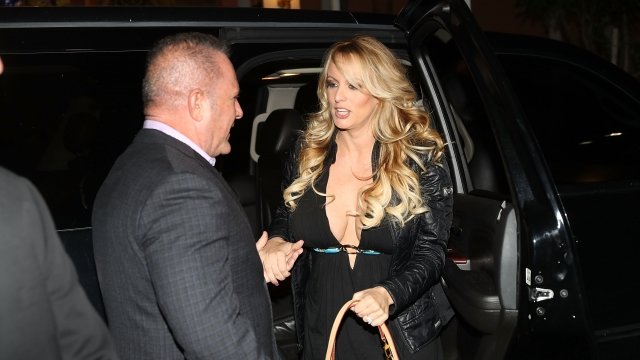 Adult film star Stephanie Clifford — better known as Stormy Daniels — said she's willing to return a $130,000 payment if it means she can talk about her alleged affair with Donald Trump.

Clifford says she had an affair with Trump in 2006. Then in 2016, before the presidential election, Trump's personal lawyer Michael Cohen paid Clifford $130,000 — allegedly to keep her from talking about the affair.

On Monday, The New York Times got a copy of a letter from Clifford's lawyer to Cohen stating that Clifford would return the money by March 16, with the stipulation that returning the money would nullify any confidentiality agreement Clifford made with Trump.

Clifford would then be free to talk about the alleged affair and release any pictures, videos or texts "without fear of retribution," according to the letter.

Trump's lawyers have until Tuesday at noon to respond before the offer is withdrawn.