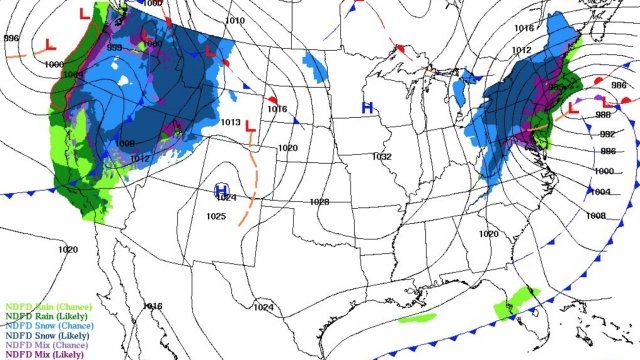 The National Weather Service says a potentially dangerous winter storm settling in over New England on Thursday night could knock out power and result in super high tides that might threaten coastal communities.

The storm is expected to drop several inches of snow, potentially more than a foot in some areas. Forecasters are warning of high winds up to 50 miles per hour. Already, Thursday there was a wind gust of 55 miles per hour in Charleston, West Virginia.

The storm could cause trouble for travelers, too. There were a lot of delays and cancellations at airports across the country Thursday. It's not helping that the West Coast is getting slammed, too. Parts of the Sierra Nevada mountains could get 4 feet of snow this weekend.