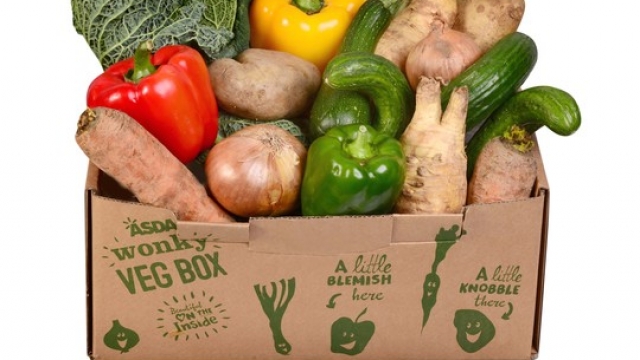 SMS
Store Hopes 'Wonky Veg Box' Will Reduce Waste Of Imperfect Vegetables
By Matt Moreno
By Matt Moreno
February 9, 2016
A U.K. supermarket chain is offering the discounted boxes of vegetables that might look a little odd on the outside but are still good to eat.
SHOW TRANSCRIPT

Ever wonder what happens to those vegetables that are good to eat, but don't look quite good enough for grocery store shelves? Well, U.K.-based supermarket retailer ASDA has an answer for you. (Video via ASDA)

ASDA is trying out a new thing called "wonky veg boxes." Essentially, they're boxes filled with misshapen carrots, cucumbers, peppers and more for the discounted price of 3 and a half pounds — roughly $5.

An ASDA exec said in a statement the box "is jam-packed with ugly winter veg that not only saves shoppers money but helps farmers get more of their crop onto our shelves."

"How did the straight cucumber become the cucumber of choice?" an ITV host asked.

"We have become conditioned to expect fruit and veg to be perfect. They still taste perfect," another ITV host said.

Food waste is a consistent problem in the U.K. Roughly 15 million metric tons of food are being thrown away every year, and about 1 percent of that comes from supermarkets.

In France, the government recently started enforcing a law requiring supermarkets to donate any unsold food to local charities.

ASDA says the wonky veg box was a trial run and hasn't announced whether or not it will return.

This video include an image from Andrew Fogg / CC BY 2.0.