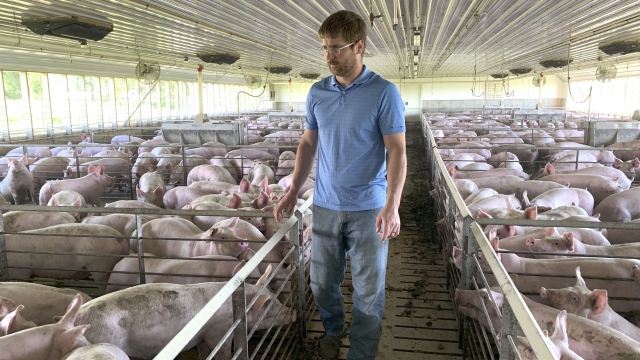 SMS
Stopgap Funding Bill Talks Stalled Over Farm Bailout Disagreement
By LeeAnne Lowry
By LeeAnne Lowry
September 19, 2020
There was expected to be a bipartisan agreement, but it hasn't been that simple.
SHOW TRANSCRIPT

Talks over a bill to temporarily fund the government through Dec. 11 are stalled over disagreements on bailout money for farmers.

Negotiators had agreed to a "clean" spending bill a few weeks ago — meaning it wasn't supposed to include add-ons that could cause partisan gridlock. But Friday evening at a last-minute negotiation with Treasury Secretary Steven Mnuchin, House Speaker Nancy Pelosi pushed back on including farm payments in the deal. Republicans want $30 billion in aid for farmers, while Democrats want that aid to be in a separate stimulus bill.

The Washington Post reports that Democrats are pushing for more spending on child nutrition programs in exchange for agreeing to the farm aid.

Meanwhile, a Democratic aide told the political news website Roll Call that the legislation won't be finalized now until at least Monday. House Democrats could also introduce a new bill without Republican support.