Stop Stealing Rocks From Gettysburg — They Might Be Cursed 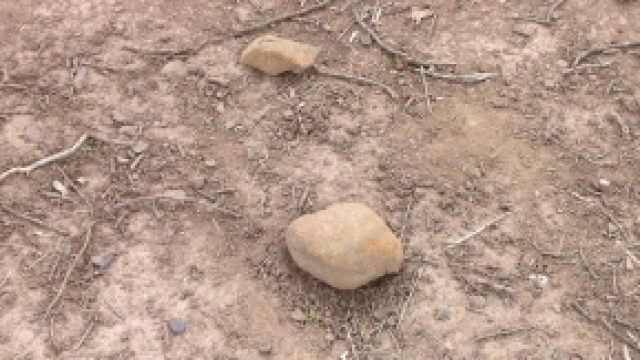 SMS
Stop Stealing Rocks From Gettysburg — They Might Be Cursed

By Briana Koeneman
July 14, 2016
Apparently, removing rocks from Gettysburg National Military Park can get you a whole lot more than a fine.
SHOW TRANSCRIPT

It's a pretty standard warning at national parks: Please don't touch the wildlife.

But it looks like several people who visited Gettysburg National Military Park didn't get the message. And now, they say they're cursed.

According to a blog post by one of the park's rangers, every few months, they'll get a package in the mail containing rocks that visitors have taken from the site.

And these packages are usually accompanied by letters begging the rangers to put the stones back in their rightful places because they believe they're cursed.

The notes claim that ever since the stones were removed from Gettysburg, terrible things have happened to their owners, from serious health problems to failed relationships and even prison time.

One letter read, in part: "We didn't know then how the removal of those stones would affect our lives and we didn't know they were cursed. ... I'm sorry that we had taken them."

The blog post's author told The Washington Post, "I’m not a superstitious person, so it really wouldn't occur to me to believe in cursed rocks."

But even if these were just your average, everyday rocks, visitors shouldn't be taking them from the park anyway.

According to federal regulations, visitors can be penalized for "possessing, destroying, injuring, defacing, removing, digging or disturbing from its natural state a mineral resource or cave formation or the parts thereof."

So next time you're thinking about snagging a souvenir from a national park, you might want to think again. You might get cursed — or, more likely, fined.

This video includes images and video from the Gettysburg National Military Park.